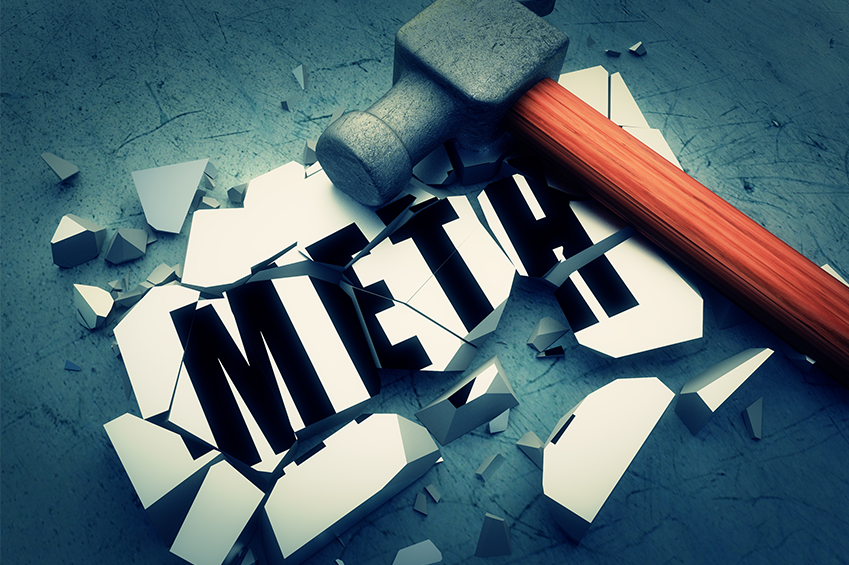 Methamphetamine, commonly referred to as meth, or crystal meth is a potent central nervous system stimulant, which is extremely addictive and carries highly detrimental physical, neurological and mental consequences to its users.

Meth can be used in a variety of ways. It can be snorted, swallowed, smoked or injected. Its use is more common in, but not limited to, rural areas. Most of the methamphetamine in the United States is produced by amateur chemists in makeshift laboratories known as meth labs. Meth labs tend to pop up in rural areas, in order to be secluded and removed from the threat of law enforcement.

The physical effects of a prolonged crystal meth addiction are particularly nasty, which has led to the creation of the anti-meth-use campaign, Faces of Meth, in which police mug shots are compared before and after significant methamphetamine use. The drastic weight loss and sores and abscesses forming on the skin inflicts serious changes in one’s physical appearance. Long term meth-use damages vital organs like the lungs, heart, liver, and kidneys and causes structural changes in the way the brain functions. Dental decay, referred to as meth-mouth contributes to an aged appearance, lent to also from extreme sleep deprivation and poor nutrition.

Meth is well-known to produce unusual and irrational behavior characterized by hyperactivity and seemingly obsessive and compulsive actions. Impaired judgment and thinking, paranoia, hallucinations, and delusions are the psychological and mental effects of prolonged meth use. It is not uncommon for meth users to become violent when agitated.

The methamphetamine high results from a massive release of dopamine in the brain causing a rush of euphoria. Overtime meth takes a negative toll on functions in the brain, making it impossible for meth users to reach the high they are so obsessed with, but they will chase that high indefinitely until they can recover from their addiction. Meth withdrawal is psychological in nature. The inevitable low that comes at the end of the extreme high induces deep depression, dysphoria, and suicidal ideations. A meth user will associate using more meth as the solution to this low and thus the cycle continues.

Long-term addiction treatment is often needed to end a crystal meth addiction. Meth users in recovery may suffer from a sense of being unable to experience pleasure for a period of time. Although the road is difficult, meth addiction is a bizarre and nightmarish existence and recovery, once achieved, offers the promise of a better life. Inspire Recovery offers programs for rehabilitation from methamphetamine addiction. If you or someone you know is suffering from meth addiction, a serious and life-threatening illness, please reach out for help and begin to walk a path to recovery today.