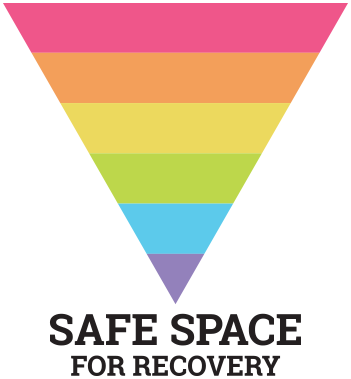 Inspire Recovery takes a creative approach in the treatment of substance use. Our program is designed to enrich the emotional health and well being of our clients while focusing on topics related to the experiences of LGBTQ addicts and alcoholics. In addition to evidence-based therapies, we provide art-based groups, wellness groups, and a life skills program to prepare clients for independent living.

At Inspire Recovery, we know that sexual orientation and gender identity are a core part of an individual and the ways in which a person feels accepted, appreciated and understood. Our team is trained in LGBTQ cultural competency and many of our staff are LGBTQ. These two components are instrumental in our ability to fulfill our mission to provide the best possible care for the underserved population that the LGBTQ community stands to be. As the 2nd LGBTQ-focused treatment center in the country, we know we can not treat every LGBTQ person who needs and wants treatment. This is why our outreach team has provided free LGBTQ Cultural Awareness Within Substance Treatment training for hundreds of clinicians. To find out more about bringing a training to your facility click here.

A Brief Look at LGBTQ Terminology
LGBTQ is the initialism that represents the worldwide community that is inclusive to all lesbian, gay, bisexual, transgender and queer/questioning individuals. It is a term of pride for persons of all non-hetero sexual orientations and varying gender identities.

Previous to the sexual revolution that took place among other social movements in the 1960’s there were few expressions to describe the LGBTQ population that was non-derogatory. Since that time the vocabulary has been fittingly expanded. In the evolution of the language the term, “gay,” wasn’t extensively used until the following decade in the 1970’s. The term, “queer,” which was originally used as a descriptor carrying a negative connotation, began to be reclaimed by non-hetero groups in the late 1980’s. It’s now commonly used as an umbrella word that applies to all sexual and gender minorities. The term “queer” is purposefully ambiguous for some who seek to remove the stress and gravity typically imposed upon issues of sexual orientation and gender identity. Identifying oneself as queer has become very empowering, especially

Queer is now commonly used as an umbrella word that applies to all sexual and gender minorities. The term “queer” is purposefully ambiguous for some who seek to remove the stress and gravity typically imposed upon issues of sexual orientation and gender identity. Identifying oneself as queer has become very empowering, especially for a younger generation of proud individuals a part of the LGBTQ community. At Inspire Recovery we support our clients in being true to themselves and hope that our center is a safe space for them to grow in their pride, as well as, in their recovery. We are committed to the long-term recovery of the LGBTQ community, to find out more on how we are working to achieve that please call us today to set up a tour of our facility.

The letter Q in LGBTQ is also used to represent a “questioning” identity. As certain milestones have been achieved and sexuality has become less of a fixed and static concept many will refer to themselves as, “questioning,” as they are in the process of exploring the nature of their own particular individual sexual orientation and/or gender identity. Even before any individual has had any sexual activity they can have a sense that their identity does not match the societal norms that are expected of all babies when they are born.

From the moment the doctor says “It’s a girl!” or “It’s a boy!” is the exact moment the parental preconceived notions of how that child will look, act and whom they will date are formed. In truth, many people have known from as young as three-years-old that their gender does not match their biological sex assigned to them at birth. Gender is formed in our minds between 3-5, and depending on how supportive a child’s parents of, the accepting or rejecting response of parents can also be the starting point of a child’s ability to feel accepted, appreciated and understood.

Other emerging terms include, “pansexual,” one who finds themselves attracted to partners of any and all genders, gender identities and sexual orientations. Those these terms are new, the people who relate and live by these notions are not. Every aspect of the LGBTQ community has been around through the ages of civilizations from Ancient Egypt, Ancient Greece and into modern times. What is new is the majority of individuals that do not want to live their existence in the closet. Most LGBTQ people want to be out and proud. The elements that create barriers to do so are those who are homophobic, transphobic or otherwise committed to the constructs of a heterosexist society. A society that favors heterosexual lifestyle above all others. There are laws in every state to support heterosexism, and while progress towards equality has been made, we must continue on the path for full rights of all LGBTQ people across the entire United States.

An “ally,” refers to someone who may not be LGBTQ, but is an advocate and supporter for the rights and respect of the LGBTQ community. Thankfully, as the vocabulary and conversation expand the subject is continuously becoming more acceptable, accessible and less taboo. The borders separating LGBTQ and the dated paradigm of “heterosexual-normative” are dissolving. Using the word, “normal,” to describe a heterosexual person is losing its validity and meaning. The current direction is moving towards embracing the diversity of individuals and appreciating our differences. May those who face challenges in life due to their gender or sexuality find a positive community to love them for who they are!