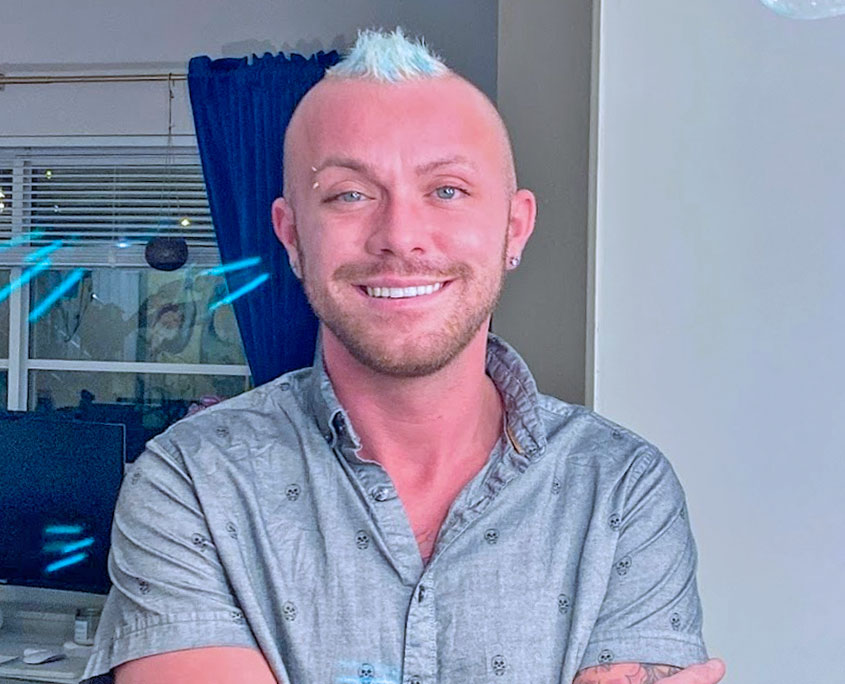 Surrendering To The Darkness of Addiction Brought Light Into His Life

David’s life was an emotional rollercoaster. And he loved every minute of it.

Smoking methamphetamine, he felt powerful. Normally shy, with severe social anxiety, the drug enabled him to let his guard down. In his mind, he became the person he always wanted to be.

“When I smoked meth, I was energetic and talked a lot,” he remembers. “I became a great philosopher having these really deep conversations with people. I’d be awake for 36 hours.” But the high wouldn’t last and coming down was horrible. “I took Xanax to cope.” Yet, David admits he was addicted to the emotional extremes.

“I always wanted to be ‘popular’,” David says reflecting now on the experience, which also included hooking up with random guys on the gay app Grindr, advertising himself as someone who wanted to “parTy”—a cloaked signal that he liked mixing drugs and sex. “Overall, it was an escape for me. Boredom was a big trigger.”

David grew up in Westbury Long Island, New York. His mother, born in Naples, Italy, took care of her parents who lived with David’s family. “Very European,” David says. He was very close with his mother and older sister, but his father was another story.

“My father was extremely judgmental and critical about everything—either I didn’t wash the dishes correctly or I held my fork wrong at the dinner table—there was always something.”

It didn’t help matters when doctors diagnosed David with a non-verbal learning disorder, which resulted in him switching schools a lot and working with tutors. This fed his severe social anxiety.

As David entered high school, he says his life started getting darker. He came out at age 16. “I wanted to live my truth. I had a friend who’d already come out and said he felt happy and free, but I knew it would piss off my dad.”

David had also started smoking marijuana, and was drinking heavily, and taking Xanax when it was convenient. “It all helped cover how I was really feeling.” A bright spot seemed to be the new friends he made after coming out (one, Alissa, he is still close to). He planned on going to his high school prom, but school officials caught him with a joint on campus, so they banned him from both prom and graduation. “That sucked. I felt like I couldn’t do anything right.” But this didn’t stop him from using. He attempted attending a local community college but dropped out. “A lot of people hinted that I wasn’t college material, which didn’t help my confidence.”

Between the ages of 18 and 20, David’s existed on pills, weed, and drinking. It was a vicious cycle that eventually included methamphetamine and sex. “I remember getting ruffed at a New York City gay club. I woke up in hotel room, very disoriented. There were people there doing drugs. I had no idea where I was or what happened, but I suspected I had been raped again.”

Again, this only escalated his destructive behavior. He started shooting up meth. “That’s when it got serious—I became a great liar. At one point my mom found some used syringes, but I lied and said it was a friend’s who had diabetes. But when she found them a second time, it was then I broke down and said I needed help.”

David said he needed help, but he was far from surrendering. Over the course of almost a year, he went to seven different treatment centers. “It was craziness. I got into a pattern of going for 30 days, then relapsing,” he remembers, “I faked trying to kill myself to get out of one of them. Toward the end though, I was so mentally ‘done’ and depressed, and I wasn’t showering or getting out of bed.”

“The last treatment center I was at recommended Inspire Recovery after I had asked about a place that worked specifically with the LGBTQ community.” David entered Inspire in January 2018. Still after a month and half, David says he was still really depressed, a shell of a person. Then Larry arrived and things changed.

“In the next couple weeks, I started opening up more,” he remembers. “Inspire took us to the Alcoholics Anonymous Round Up in Miami, and it was the first time I felt really happy. I’m not the type of person who can hide how I feel. The more I fell in love with Larry, the more I wanted to work on myself. I wanted to start living again.” 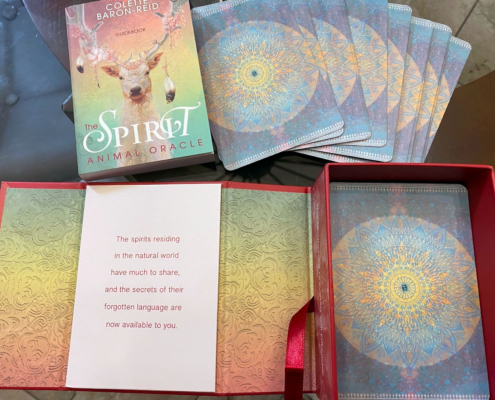 For the most part, David says he enjoyed Inspire’s holistic approach to care for LGBTQ individuals needing treatment for drugs and alcohol addiction. “The hippie stuff like tai chi, meditation with gamma breathing, and the angel cards—I love that kind of stuff.”

“Living with transgender folks was eye-opening. I suppose there was some judgment on my part at first, but after hearing their stories and experiences, the more I empathized.”

David successfully transitioned to IOP at Inspire and found his first steady sober job at an upscale restaurant chain.

“I got out of Sober Living and Larry just bought a condo in Lake Worth Beach. He invited me to live with him. The first time I left work knowing that I was going home—to a real home—was a big moment. A chapter of my life finally ending.”

Since then, David says he continues to work on building his own self-esteem, although at times he admits to what he feels is a bad habit of comparing himself to Larry.

“It’s totally unrealistic since he’s twice my age,” says David. “And I often wonder what he sees in me, but he told me ‘You’re the sweetest, most loving person I’ve ever met.’ I’ve learned to love myself.”

Post COVID, David is now working as a pharmaceutical sales rep. “I’d eventually like to do field sales, then move on to medical devices.”

He has a future to look forward to one day at a time. “I’ve learned to love myself.” 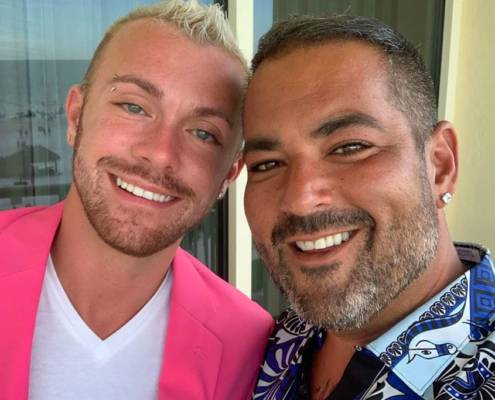