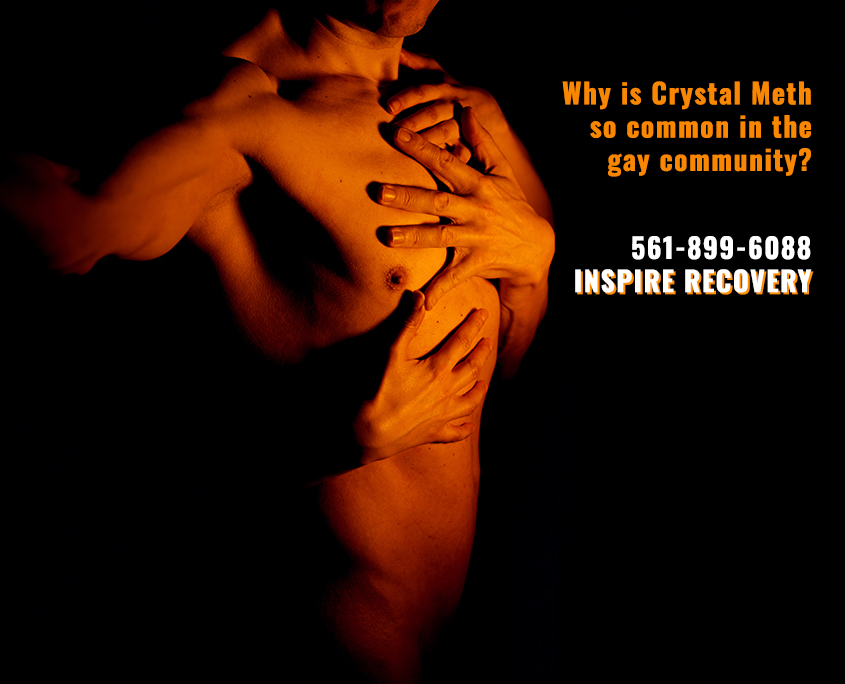 Why is crystal meth so common in the gay community?

While the LGBT community has had a long history of drug use, the rise of meth usage across the country and here in Florida has continued to grow at an alarming rate, especially among gay men. Meth has known to be a party drug within the gay circuits since the late 1990s. While there are a variety of reasons as to why someone might start using the drug, for gay meth addicts, there are often similar themes.

Here are some reasons why crystal meth is so common in the gay community:

Meth is introduced as a party and sex drug

For most users, meth would have likely been introduced within a club or party setting. In the gay community, sex parties have become a regular occurrence where guests are treated to free meth and the promise of sexual escapades with anonymous strangers. Combining a hallucinogenic drug and sex (known as chemsex) is thought to boost a user’s sexual experience due to the increased levels of dopamine and sex drive. Meth has become more widely available on gay dating apps, such as Tinder and Grindr, making it easier for users to access the drug through party invites to chemsex parties and meet other users. Without meth, many users may fear that sober sex will not match their performance and pleasure like they would experience when under the influence. As a result, gay addicts may find it challenging to go sober as sex itself can become a trigger.

Pressure to feel like they’re part of the gay community

Self-medicate their underlying issues and trauma

Gay men are often a target of rejection, violence, and oppression. As a result, many gay men develop severe mental and physical health issues that go unresolved. Those living with HIV may also experience severe symptoms of depression and anxiety. Many addicts, both cishet and queer, typically fall into a cycle of addiction to escape the harsh realities of their life. Taking hallucinogenic drugs, like meth, can increase dopamine levels, which counteracts depression and anxiety. Gay addicts will likely become reliant on meth to self-medicate and cope with their daily struggles.

We hope you have received some insight as to why crystal meth is so common in the gay community. Breaking a meth addiction can be challenging, especially if you are a part of the LGBTQ+ community. Inspire Recovery is an LGBT rehab that specializes in treatments that cater to the unique experience of addiction within the gay community. If you or a loved one needs help with their meth addiction, call us today on 561-899-6088 for a free consultation.