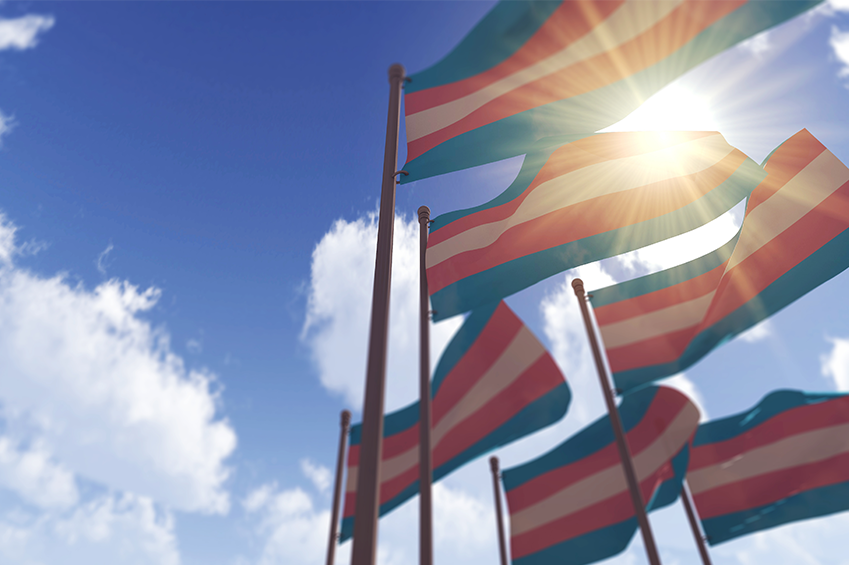 Transgender people refer to someone who does not have the experience of identifying with the gender they were assigned at birth as opposed to cisgender. Along with trans men and trans women this group can also include those who don’t have the experience of being exclusively masculine or feminine. Being a transgender person relates specifically to gender identity and not one’s sexual orientation.

Examples of transgender folks in history dates back to antiquity. These examples must be sought for, however, because as we know, history is written by those in the position of power to write it. Unfortunately transgender people’s experiences have largely been written out. In the history that does exist it is clear that transgender people are a natural state of being and is celebrated as it once was in many cultures and the stigma placed upon trans identity in modern society can be eradicated.

Mainstream culture has come a long way. Awareness and understanding of the wide cornucopia of sexual orientations and gender identities has evolved, but there is still a long way to go. Sadly, transgender people are presently faced with an alarming amount of prejudice and violent discrimination. Harassment, difficulty finding employment and resulting poverty are just a few of the challenges transgender people must overcome. Through the non-profit organization transpire help, the founders of Inspire Recovery seek to make social resources available and accessible. Because of challenges like these the transgender population may face, the statistics for drug abuse and alcoholism are high in the trans community. Roughly 30% of transgender people abuse drugs. In the general population this figure is only 9%. Clearly the level of stress transgender people have to deal with stemming from the discrimination they encounter can lead to serious anxiety and/or depression. Many become isolated and have very difficult emotional lives. Self-medicating with substances and alcohol is all too common.

At Inspire Recovery, gender identity is something that needs to be nurtured and nourished. Working towards fostering a strong sense of self-love is the vehicle that moves transgender addicts and alcoholics away from the shame of addiction and into the light of a better life. To be completely free to be one’s true self is the most liberating experience. The staff at Inspire Recovery is committed to providing that.