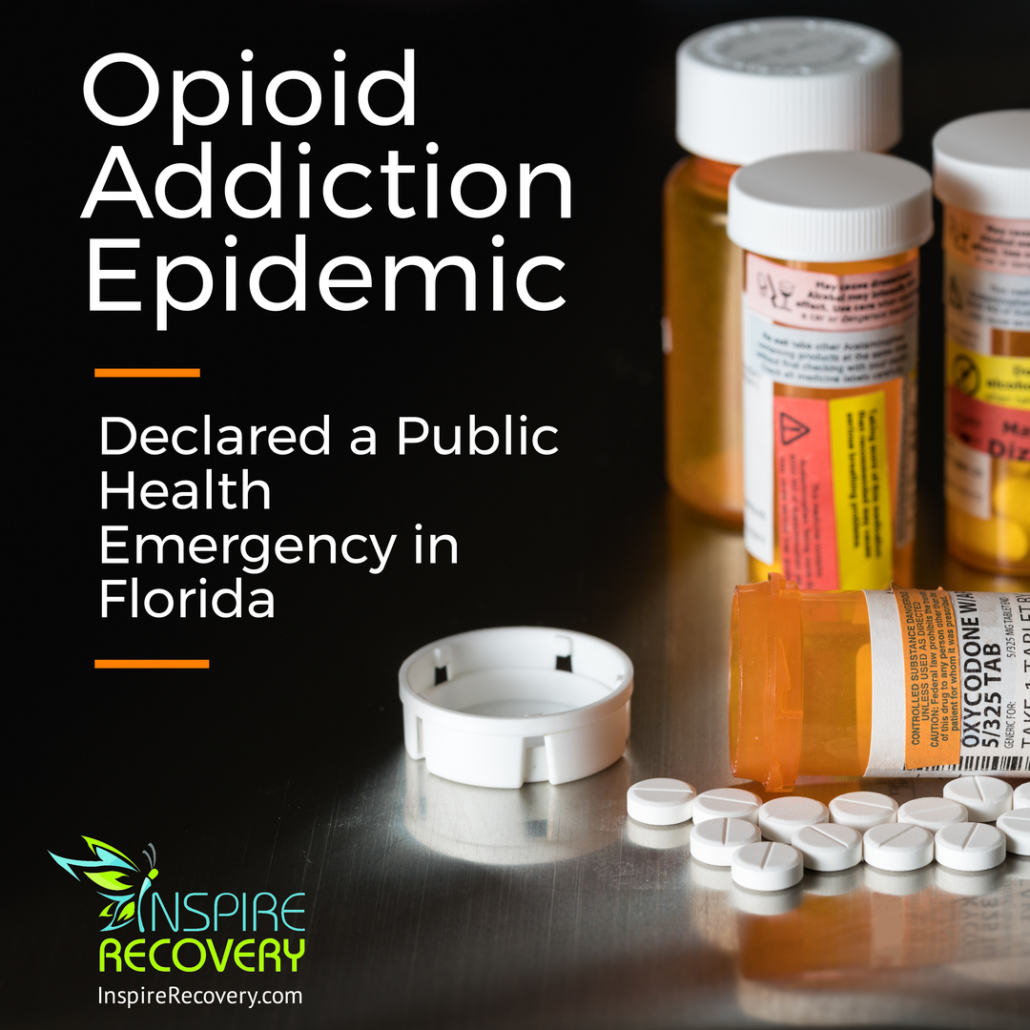 Are you or is someone you know struggling with an Opiod Addiction?

On May 3rd, Florida Governor, Rick Scott, declared the opioid addiction crisis in the state a Public Health Emergency. The declaration will allow for about $54 million in federal funding from the U.S. Department of Health and Human Services to be allocated to prevention and education programs and treatment and recovery services. $27 million of the grant money will be available for spending immediately.

Governor Scott used rhetoric in his announcement explaining that his decision to deem the opioid addiction problem as a Public Health Emergency in Florida was made following the Center for Disease Control and Prevention (CDC) identifying the issue as a national epidemic. However, the CDC has been referring to trends in opioid addiction as an epidemic since February of 2011. With a steadily increasing annual count of fatalities from opioid overdoses in Florida, one might inquire, why is a Public Health Emergency just being declared now, six years later?

Scott supporter, Florida Sen. Jack Latvala was quoted in an NBC report asserting, “The important thing is he’s done it, and not what day or how many days did it take him to do.” Only, deaths attributed to opioid overdoses soaring to ever higher numbers year after year is, arguably, a very time-sensitive issue to act on. In 2015, heroin and prescription pain drugs caused 3,896 deaths in Florida. That is 12% of all the deaths attributed to opioid overdoses in the entire country that year. The number of fatalities from opioid overdoses in 2016 has been estimated to have been even higher. Fatal or not, some sources figure that every 2 hours somebody in South Florida overdoses on an opioid. This leads FL Governor to declare an opioid emergency.

The opioid addiction and overdose epidemic really sank its fangs into the State of Florida four years ago and various accumulating factors have contributed to it spiraling out of control into utter chaos.

The prevalence of high potency synthetic opioids fentanyl and carfentanil on the streets has drastically increased the risk of overdosing. The influx of addicts traveling from elsewhere in the nation to Southern Florida, which has been known as an addiction treatment mecca for decades, seeking treatment and recovery has not only created a spike in the population of recovering drug addicts but also, unfortunately, addicts who have relapsed. Therefore, the situation occurring in South Florida is a large number of drug addicts concentrated in one place with a dangerous and lethal product circulating the illegal drug market in the region made available to them. This deadly recipe has set the stage for a dramatic surge in overdose deaths over the past several years. The disastrous proportions of this problem are almost unfathomable.

Action from Florida’s Governor, Rick Scott, comes better late than never, but how many thousands of deaths could have been averted had helpful resources already been in place?

The funding from the U.S. Department of Health and Human Services has allowed Governor Scott to give Florida Surgeon General, Celeste Philip, the go ahead to equip medical first responders with the much required anti-opioid overdose medication, Naloxone, which can reverse the fatal effects of an opioid overdose.

Naloxone, produced and distributed by a number of pharmaceutical corporations, has become exorbitantly expensive as the demand for it increases. A single dose of Naloxone, which takes pennies to produce, costs, at the very least, $40. Ready to use auto-injector Naloxone products can cost over $2,000 a dose. The unreasonably high price, coupled with the fact that overdoses on more powerful synthetic opioids commonly take more than one dose of Naloxone to reverse, results in a massive expense in distributing the life-saving drug to medical professionals who have a necessity for it.

The current U.S. Department of Health and Human Services funding of $54 million to be spent over the course of two years may appear ample to those naive to the complicated specifics of the opioid epidemic problem, but the price-tag to put a real dent in the death toll of this pervasive killer could potentially turn out to be hundreds of millions of dollars.

Meanwhile, the drug and alcohol treatment industry in South Florida is booming. Recently under intense legal scrutiny in response to widespread unethical practices like insurance fraud and patient brokering, which treat addicts more like cash cows than patients in need of services, the field is being scrupulously cleaned up. The downright criminal activity of a vast amount of treatment centers and sober homes caused many health insurance companies to refuse covering drug rehab in Florida, most notably Cigna, which pulled out of the State last year.

Without health insurance coverage the cost of drug treatment is difficult to manage, to put it lightly. The threat now posed in the Senate in the potential passing of the American Health Care Act (AHCA) will undermine the Affordable Care Act which made it possible for countless of low-income individuals to receive life-saving care. The AHCA could make handling the price of treatment even more insurmountable than before.

Fortunately, the centers still providing treatment in South Florida, for the most part, represent the good guys, offering scholarship services to addicts serious about getting clean when it is financially impossible to do so. Hopefully, the new government funding will be used wisely to help suffering addicts get the treatment they need and deserve.

Unfortunately, it is becoming more and more apparent every day that we are living in a society in which our elected officials and leaders will not be coming to our rescue, not in a timely manner anyway. Our solution to this problem, the growing and spreading opioid addiction epidemic, will have to be grassroots and depend upon the good hearts and ingenuity of the folks the problem directly affects. In perfect honesty, though, this problem affects us all.