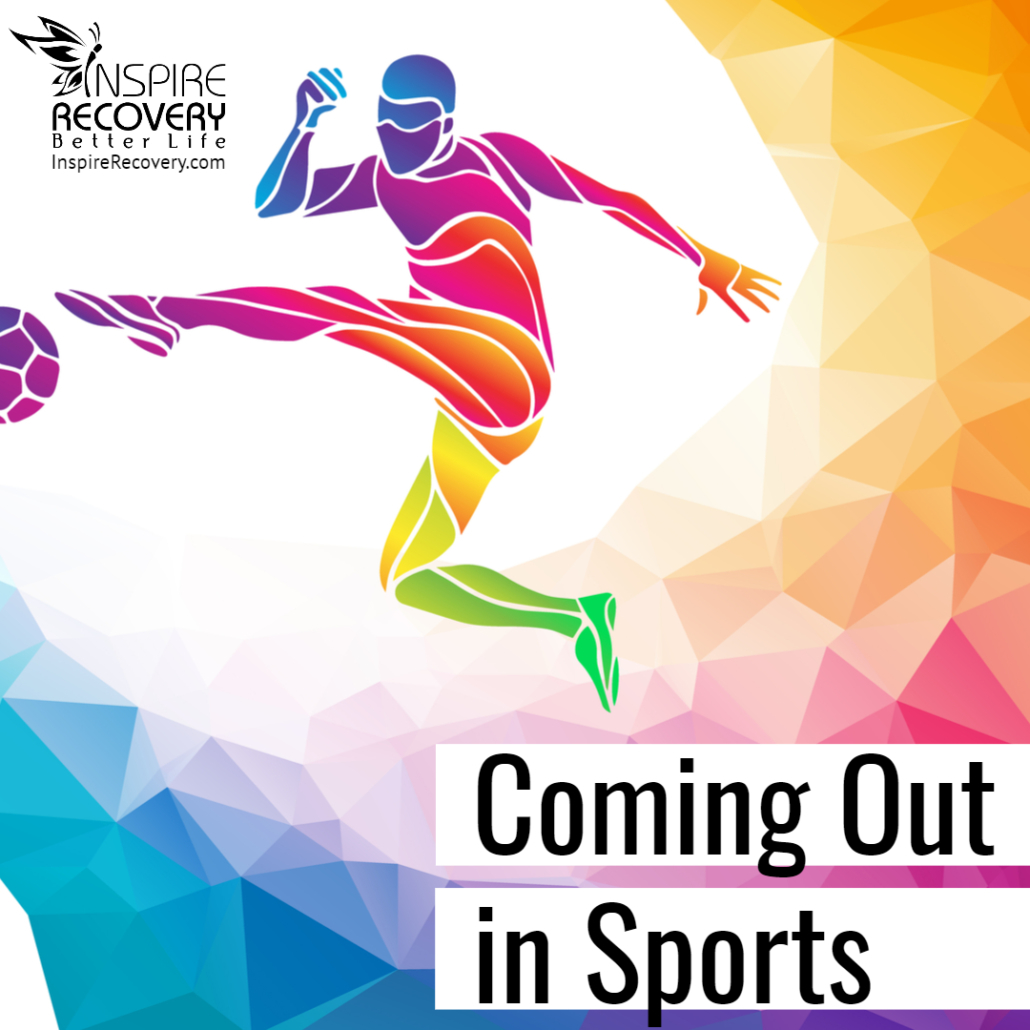 Need help with addiction and sports?

Coming Out in Sports

Just three years ago, in 2014, Michael Sam became the first openly gay football player to be drafted into the NFL. Following his college ball career at the University of Missouri, he was drafted by the St. Louis Rams, but he was cut by the Rams at the end of preseason and never played in an in-season game. Following the Rams, Sam signed to the practice squad for the Dallas Cowboys, but he saw no in-season play with the Cowboys either. He played a short stint in the Canadian Football League before stepping away from the game for what he called mental health reasons. However, in a 2016 interview with Dan Zirin of “Edge of Sports,” Sam stated, “I think if I never would have came out, never would have said those words out to the public, I would still be currently in the NFL. But because of me saying those words, I think it could have played a huge part in my current situation,” he said.

This past June, ex-NFL player, Ryan O’Callaghan, bravely came out after having lived his entire life in the closet. In the conservative atmosphere, O’Callaghan grew up in he never could imagine coming out as gay to his family and community. He struggled with his truth for many years. He had found the NFL to be the perfect place to hide his real identity amongst over-the-top brute strength and locker room masculinity. He struggled with severe depression and drug addiction during his football career as keeping up his facade became too much for him to bear. Allegedly, O’Callaghan had planned to play out his career in the NFL and when it was over end his life.

In the ultra-macho and very often homophobic pro-sports bubble O’Callaghan lived within, coming out was never anything he thought was an option and he is far from alone in this thinking. In 2015 the “Out on the Fields” study on homophobia in sports was conducted with a survey group of over 9,500 people from six different countries. The findings revealed 80% of the participants had witnessed or experienced homophobia or homophobic language in team sports. Out on the Fields also brought to light that gay male players avoid coming out because they fear discrimination from coaches and officials.

As low as 1% of those who participated in the survey reported believing that LGBTQ people are entirely accepted and safe in sports and sports culture. The United States carried the highest rate of gay men reporting they had heard slurs and received verbal threats in the sports world.

The Absence of LGBTQ People in Sports Today

In the NFL there has yet to be any active in-season players who are openly gay. Major League Baseball has had one out gay player, David Denson, who recently retired. The NBA has only ever had one openly gay player as well, Jason Collins, also retired. Why this trend?

It’s clear to see that our society’s heteronormative perspective of masculinity can be most readably observed in the world of sports. Ryan O’Callaghan recalls in one of his interviews that pressure to remain in the closet in the NFL often came in the form of the constant up-playing of sexual escapades and conquests with women in locker room conversations. Prowess and promiscuity with women seem to go hand in hand with strength and power in the sporting world’s concept of masculinity and this is obviously true elsewhere in our culture in films and on TV.

In the stereotypical sense, “masculine” means working with one’s hands, throwing a lot of weight around, muscles and being attractive to women. It’s important to understand that like any archetypal concept, the definition of what is masculine will always be in flux. It is an error to insert sexual orientation into that definition. Certainly, in the Greek and Roman eras, it wouldn’t have been uncommon for a formative and intimidating masculine warrior to have a male partner.

The idea of sports, feats of human strength and agility, goes beyond the individual. Achievements in sports are odes to what we as a species are capable of and it doesn’t really matter at all whether who’s running the sprint is gay, straight or other sexual identities, such as Asexual. Asexuals don’t feel sexual attraction (for any given length of time). Can you imagine how much ridicule an athlete would receive from his teammates if he did not brag about his sex life? In our culture, if you’re not getting laid then “something’s wrong with you.”

These broad generalizations about sexuality and the over-whelming rejection to gender identities outside “normal” standards relate to what’s happening in recent news with the debate over whether transgender Americans ought to be allowed to serve in the military. Currently, there are an estimated 15,500 transgender individuals serving in the US Armed Forces. Claiming transgender people are a burden as either athletes or soldiers is a form of discrimination that dehumanizes the lives of more people than meets the eye. If someone chooses to defend our country, they deserve that right, and as a nation, we would stand on the right side of history by honoring them for making that choice.

In 2015, the year after Michael Sam made history as the first openly gay man to be drafted by an NFL team, Gus Kenworthy, an elite pro-skier and Olympic medalist enthusiastically came out as gay. His journey had been fraught with the pain of hiding too, like Ryan O’Callaghan. However, these two pro-athletes have very different stories. O’Callaghan turned to drugs to cope with his internalized homophobia and, in his darkest times, he also contemplated taking his own life. When Kenworthy came out two years ago he acknowledged it had been difficult because of how his sport tends to glorify what he referred to as, “the alpha male thing.”

It is clear to see that it takes great strength and courage to come out in the face of uncertainty, but these athletes, like the examples of other sports professionals, help to challenge social norms that often lead members of society down the roads of addiction, depression, and even suicide. When one person has the courage to be public about what makes them different, they are able to encourage others, in this case other LGBT athletes, to feel they can be who they truly are without giving up what they truly love.

It’s Beyond Political
Scroll to top