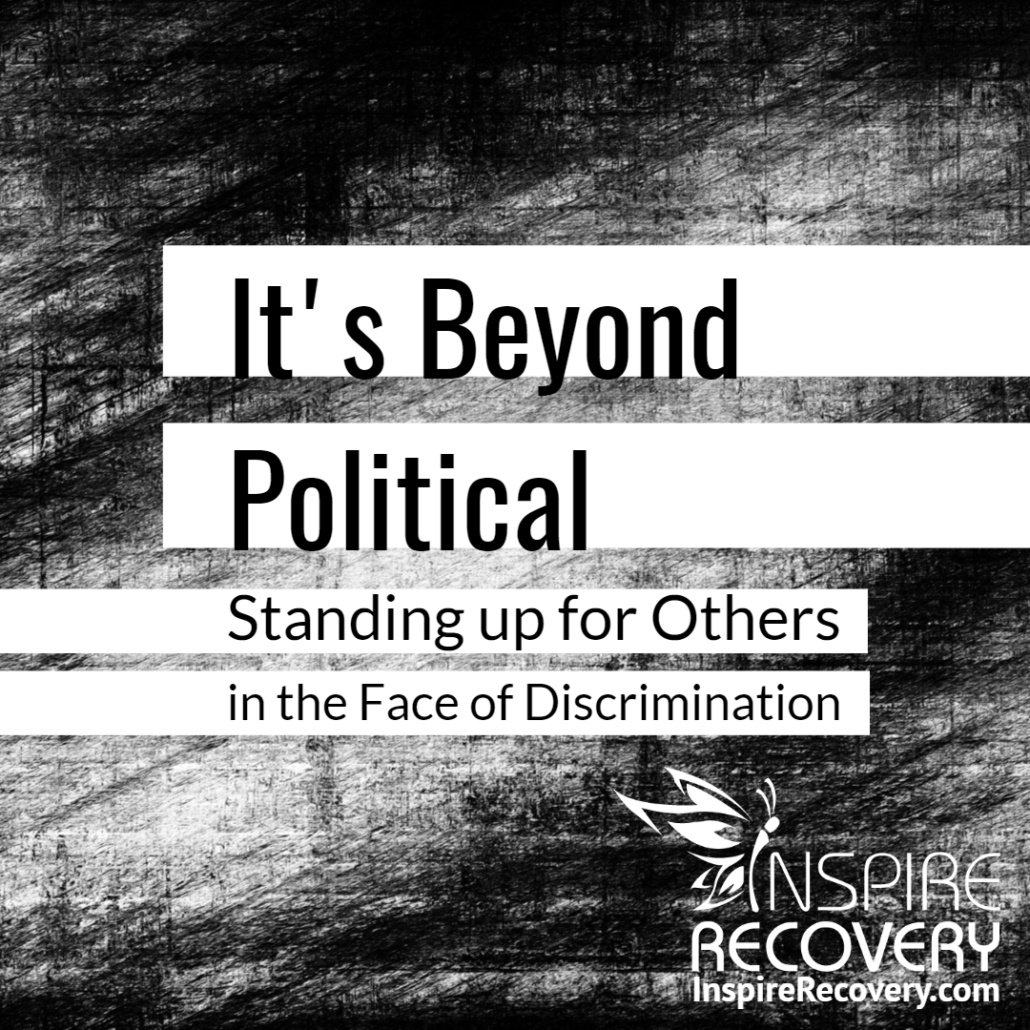 As I was standing at a candlelight vigil in West Palm Beach, Florida, on Sunday night in response to the bigotry and violence in Charlottesville, Virginia, two young men approached me. They were white, probably in their mid-twenties, well-groomed for a night on the town, one of them sporting the recently popularized hair-style referred to as the, “man-bun.”

“It’s for what happened yesterday,” I said.

I told him that a white supremacist had driven a car into a crowd of counter-protesters, killing one woman and injuring nineteen other people. The two stood there for a moment looking on before walking away in the direction of a sports bar that serves micro-brews. Where their conversation went I will never know.

I bring up the encounter to point out that not caring about the upheaval the nation is in right now is a privilege of those who are unaffected by it. These two white, seemingly straight, cisgender males are examples of people who have the luxury of shrugging off injustices in their country because it’s not their problem. What they don’t realize is that their silence and apathy is a part of the problem.

In the present political climate, bigots and racists are becoming more bold in voicing their oppressive views. Well, the voices of those who oppose the oppressors have to be just as loud. If we truly detest the kind of hateful ideologies that were present in Charlottesville last weekend we should care enough to say so. We should point out that those who aren’t saying anything, don’t care enough to.

Heather Heyer, the woman who tragically lost her life on Saturday left a final message on her Facebook page: “If you’re not outraged, you’re not paying attention.” These are powerful words and Heather Heyer will be remembered as a hero.

I am a white male. I’m straight and cisgender. I have never once in my life been forced to defend who I am or my fundamental right to exist. Over the past several years I’ve done my best working to support LGBTQ people recovering from addiction. I’ve witnessed the prejudice and discrimination they face, even within the recovery community. The travesty in Charlottesville is a potent example of how far this sort of discrimination can go if left unchecked.

To be clear, the ideologies of neo-nazism, white supremacy and those who fondly remember the Confederate South that fought a bloody war defending the institution of slavery, condemn anyone unlike them and anyone who disagrees with them. Their endgame is to make the United States of America their country and they claim the current President of the United States as their champion.

This is an extremely important time to stand on the right side of history, as our government seeks to dismantle programs that support the LGBTQ community and threaten their rights, as a woman’s right to choose is threatened, as 150 years of post-civil war systematic oppression of African Americans is allowed to continue, as the innocent are killed in police shootings and unrightfully imprisoned.