BEING AN ALLY TO LGBTQIA+ 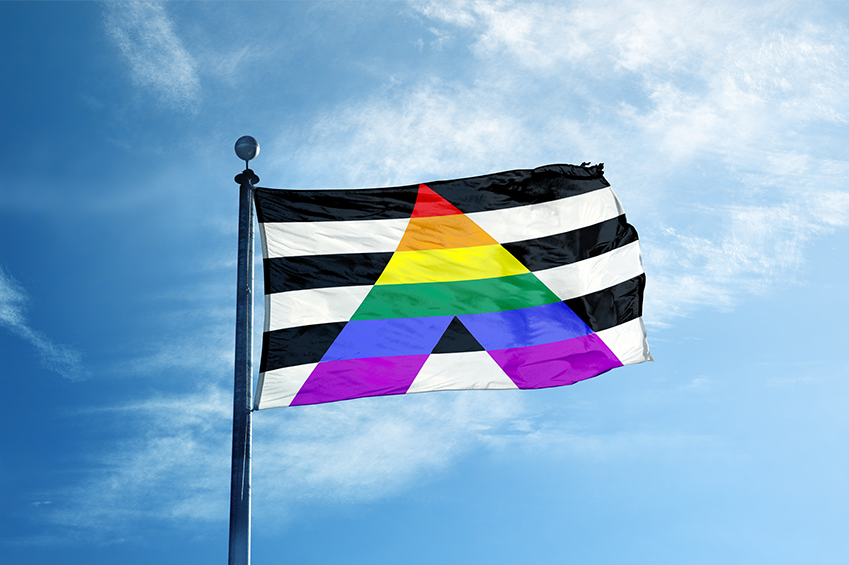 BEING AN ALLY TO LGBTQIA+

Within the LGBTQIA+ community, an ally also referred to as a straight ally, is a heterosexual and/or “cisgender” person who is concerned and compassionate to the plight of LGBTQIA+ individuals. Allies in all areas of society are individuals who are willing to fight for the equal rights and fair treatment of marginalized populations. In the addiction treatment world, allies in rehab are folks who will speak up against homophobic and transphobic language and behavior.

WHAT DOES “CISGENDER” MEAN?

Cisgender is a term that has been around for the past three decades but has gained more visibility in recent years as an increasing number of articles, TV shows, and films have featured a wider range of genders and sexualities.

A “cis” person’s gender corresponds with the sex they are assigned at birth. For example, someone who is assigned female at birth due to her anatomy and whose gender is female is a cisfemale. Biological sex and gender being two separate aspects of the human self. Biology is the anatomy of the body, gender is developed in the mind between the ages of 3-5 years old. While this is new territory for many, the people who have been living outside of gender binaries have existed throughout history.

Pride centers on college campuses and advocacy groups across the country are examples of places that are helping to raise the visibility of inclusive terms. Groups like the Human Rights Campaign stay current with LGBTQ+ language as it develops and becomes standard within the queer community. Allies are people who are committed to using the most appropriate language that supports inclusivity of LGBTQ+ individuals.

Today, we are witnessing the immense desire individuals have to live as their authentic selves, regardless of their sex assigned at birth. While this may be difficult for cisgender folks to understand at first, there are many resources and training available to help family, friends, and clinicians to understand LGBT culture and terminology. Here are a couple of resources to get started: Sarah McBride’s TEDx Talk, Washington Post on Being an LGBTQ Ally, an animation about being an LGBTQIA+ ally, and Understanding Gender from Gender Spectrum.

And, another thing about language. The term queer. This is one of those words that have a history of being used against the community it represents. Since the late 80s, queer has been reclaimed by the LGBT community. One reason is to have an umbrella word rather than an acronym to define their gender and/or sexuality.

BEING AN EFFECTIVE ALLY

Within the LGBTQIA+ social justice movement, allies recognize and challenge the discrimination, prejudice and economic disadvantages that are a reality in our society. The conditions that allow inequality to exist predominantly consider heterosexuality and cisgender identity to be the standard or “normal.” This generalized societal standard is known as “heteronormativity.”

Defining and favoring specific lifestyles as normal, acceptable and “more traditional” creates an environment that breeds homophobia, biphobia, and transphobia. LGBTQIA+ is an all-encompassing term that includes but is not limited to the representation of transgender, gay, lesbian, bisexual, asexual, intersex, queer and questioning individuals. Whether you see LGBT, LGBTQ, LGBTQ+ or LGBTQIA+ the reference is the same.

More allies are always needed in the world. In addiction rehab, allies are very necessary. As an ally, a peer, BHT or clinical staff member will advocate against negative stereotypes and discriminatory behavior. LGBTQ allies in rehab can easily align themselves with LGBTQIA+ activism and education necessary changes to take place.

Someone who is not willing to speak up when they hear or see oppressive behavior can be someone who is accepting of LGBTQIA+ persons. However, the term ally can only be defined as somebody who actively supports the equality of all persons and challenges discrimination and bigotry.

Someone who is an ally is often a family member or a close friend who has witnessed the injustice of discrimination first-hand. However, just because someone has a gay uncle or transgender friend doesn’t automatically provide them with the tools to be an effective ally.

As mentioned before, allies need to be committed to educating themselves and not rely on the LGBT, or otherwise marginalized community, to educate them. Being an ally is about being proactive.

Being exposed to injustice can inspire those who consider themselves allies to take action and raise their voices to be heard. Allies are important to the LGBTQ community as an example that solidarity, love, friendship, and respect can and does reach across all walks of life.

We are living in turbulent times. For example, LGBTQIA+ individuals do not have federally-protected equal rights in the United States.

DISCRIMINATION IS LINK TO ADDICTION

Outside of the counties and states that include LGBT rights in their laws,  it is legal to deny someone employment, housing, and public services.

When basic human rights are not federally protected, individuals are more easily subjected to harassment in the workplace, denied housing and public services. A doctor can deny treating a patient they know or think is gay or transgender. A shop owner can deny providing services. The Religious Freedom Act goes as far as protecting people who choose to discrimination based on their religious beliefs.

If we continue to generally focus on the differences that divide us—rather than the similarities that unite us—we will only stir more conflict. By embracing each person without questioning gender or sexual orientation, race or religion, abilities, disabilities or economic status, we will be a part of making our society a more safe and friendly place for all people to cohabitate.

Fortunately, tolerance and acceptance are concepts that are now being embraced early on in life. Organizations like the Gay-Straight Alliance, which are student-run clubs in middle schools and high schools, create safe spaces where youth can openly discuss and support issues related to gender identity and sexual orientation. GLSEN is a national organization educating those in the school system about LGBTQ culture and complexities.

Recent victories for LGBTQ+ rights, as well as heart-wrenching tragedies, have placed LGBTQIA+ concerns at the forefront of our social consciousness. Fair treatment, equality, and respect seem to be focus topics of the relevant conversations. This is one of the civil rights movements of this generation. History will remember the struggles and breakthroughs of these years. There are vast opportunities for the LGBTQIA+ population and allies to do what is right.

Every voice is essential in the groundwork necessary for laying a foundation for better conditions and a brighter future for generations to come.

2019 marked the 50th anniversary of the Stonewall Riots—the historic moment that ignited the gay rights movement of the late ’60s. A year after the Stonewall Riots the first three Pride Fests took place in the United States. Today, the House of Representatives has passed the Equality Act, which will provide federal protections for the LGBTQ+ community. As an ally in the recovery world, you can support this act being passed!