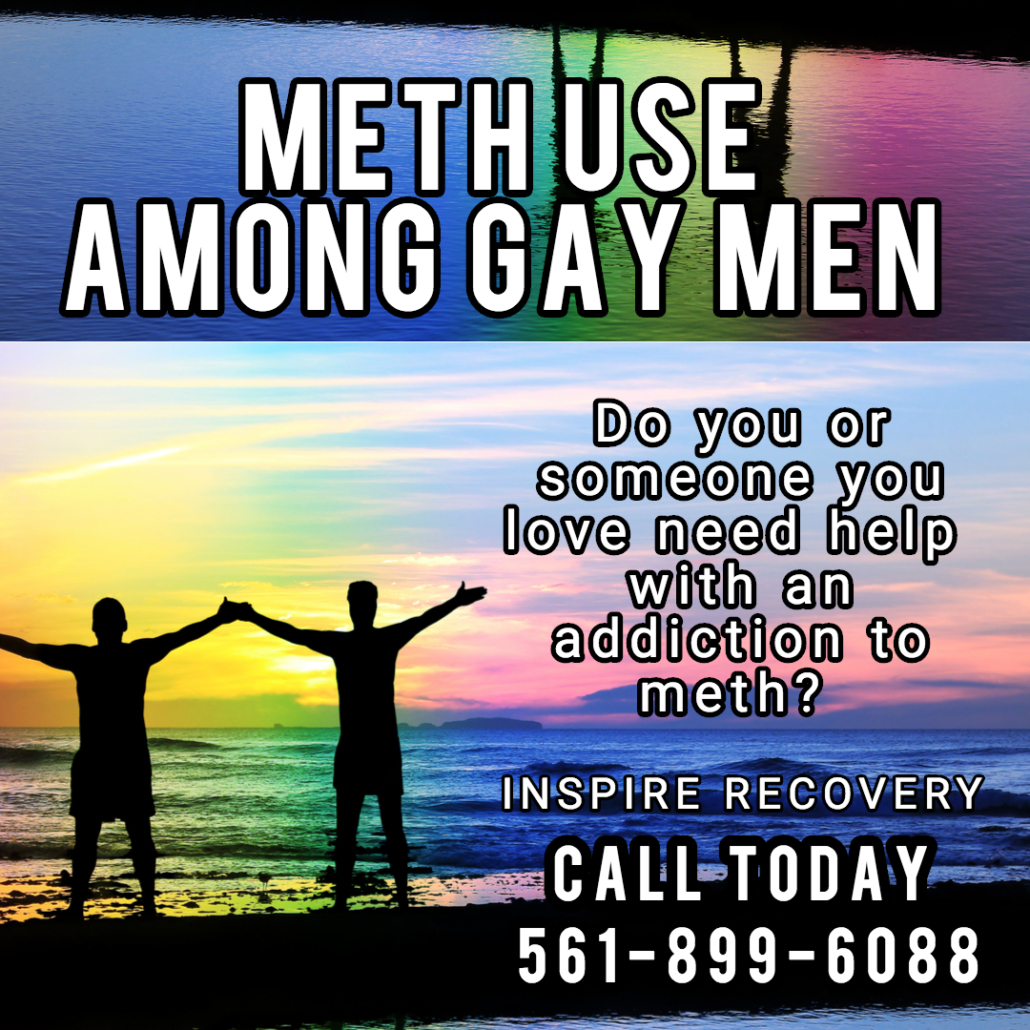 Struggling with a Meth addiction?

Meth Use Among Gay Men

Meth Use Among Gay Circles

With the array of social challenges the LQBTQ+ lifestyle poses, meth use is often rampant among gay men the world over. Some users fall into addiction to cope with the struggles of social and/or family rejection. Others are introduced to drugs through popular sex parties. Since the ’90s, a cunning drug has become a part of gay lifestyles. Quickly, the street-named hard drug known as “Tina” has taken over the lives of too many. Crystal meth has dozens of names. Crank, speed, ice, glass, uppers, and tweak, to name a few.

If you or a loved one is currently suffering from an addiction to methamphetamine, you will sense that kicking the habit requires extensive internal work. Steady support and even professional treatment is necessary. Contact Inspire Recovery today to talk about detoxing from meth and what services are available during COVID-19. Our team can provide TeleHealth services, including individual counseling and group therapies, for LGBTQIA+ addicts and alcoholics. Call us today at 561-899-6088 to find out more.

It isn’t uncommon for gay men to link their first experiences with meth use to early hookups, often with older men. The volatility of these relationships allows the experienced to convince or tempt the inexperienced to give it a try. Due to the excitement, apprehension, and physical attraction entailed in such relationships, it can feel “impossible to say no.” This is often what habitual users prey on to immerse young men into this destructive lifestyle.

Newcomers to meth use among gay circles often have sexual frustration and a desire to “fit in.” However, for most people, being approached by a veteran of the scene can be a very intimidating experience. Many gay men who haven’t yet tried meth may also be closeted and looking for a way to explore their sexual orientation more.

Methamphetamine is also incredibly compatible with the hard-partying lifestyle because it provides a dramatic surge in dopamine and serotonin. The resulting euphoria is highly addictive. Additionally, the “happy” hormones spike so much during the high that the comedown can be emotionally devastating for many. This encourages the cycle of frequent meth use, which facilitates the escapism of constant partying.

However, many resources exist to prove the contrary. Gay men who have beat the meth addiction are now finding that they can connect through their shared strength and past experiences, rather than the continued use of this poisonous substance. While it may be challenging to motivate yourself—or your loved one—to dive straight into residential treatment, they may still access online resources in the meantime to get counseling and support.

The Journey to Inpatient Treatment is Often Filled with Hope

When meth use addicts confront their need for rehabilitation, it is common for conflict to arise, for many reasons. There’s the fear of life without their drug of choice, meth or otherwise. Though difficult for the addict to acknowledge, there’s often an underlying attachment to the isolation and loneliness. This is due, in part, from the effects meth use has on an individual’s mental health. There’s also the “public judgment” associated with a stay in rehab. And so much more.

Inspire Recovery therapists and administrative staff are dedicated to helping gay men and all members of the LGBTQIA+ community recover from drug and alcohol addiction. All calls are confidential, call today or read more about how to get help with meth use. 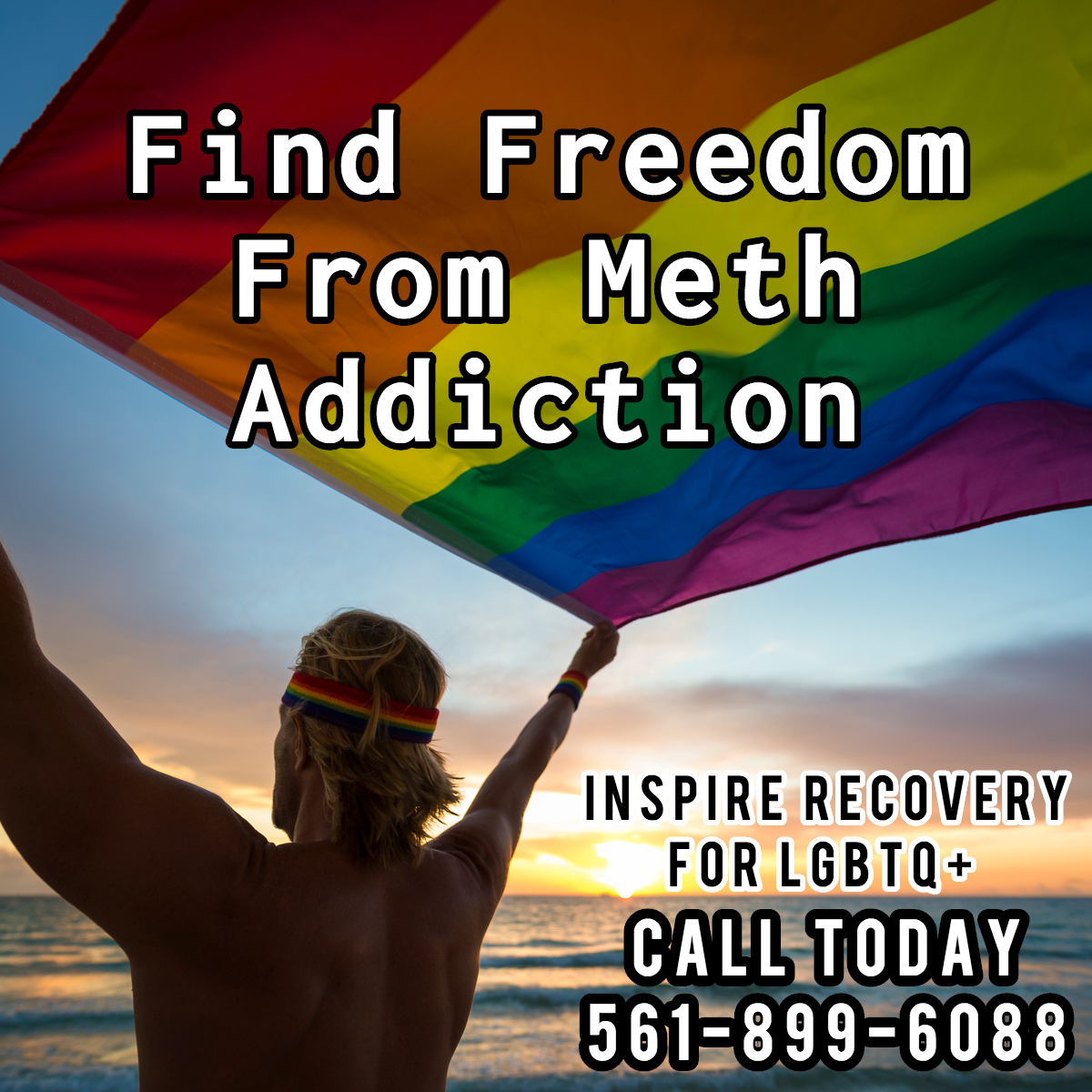 To ease into the idea of going to meth rehab, it may be beneficial for gay men to find platforms geared towards helping them before admission.

Platforms such as Tweaker, StrengthOverSpeed, and HiMyNameIsTina were built to create a safe environment for gay and bisexual men wishing to interact with other sober (and-soon-to-be-sober) addicts in their community. Judgement-free, these platforms allow victims of crystal meth’s deadly grip to see the light at the end of the tunnel. Hopefully, signing up, for you or the addict you know and love, a stepping stone towards a full rehabilitation treatment.

Meth addiction can be incredibly hard to kick—however, it is possible. It has been done by countless gay men who wish for nothing but to share their acquired strength with current users. Crystal Meth Anonymous, or CMA, meetings have become more common. There’s no need to suffer alone. Using both online resources and the expertise and support of medical and counseling professionals, you can rid your life of this black cloud.