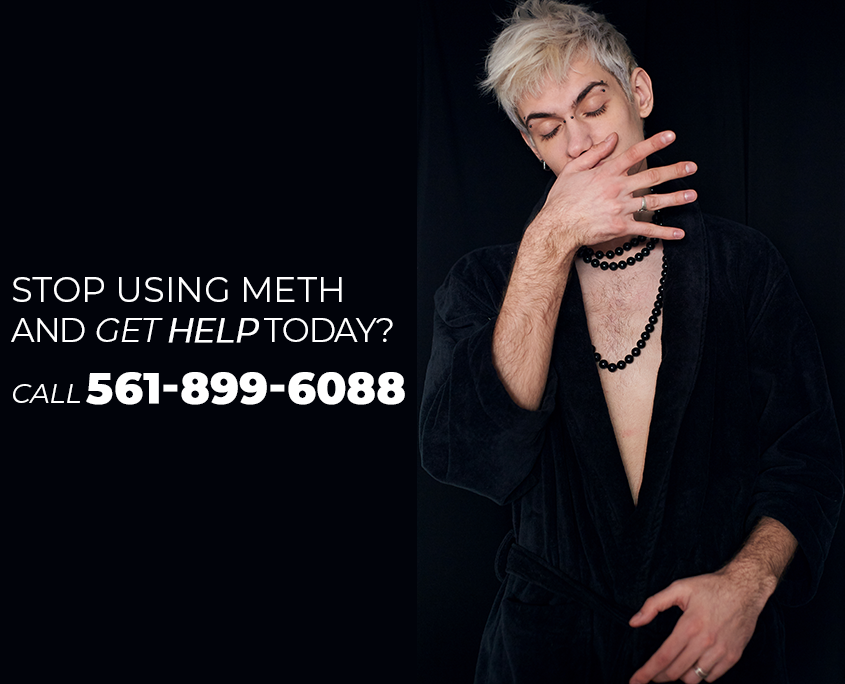 Are you or a loved one currently struggling with a meth addiction? Get a free consultation.

Meth Addiction in Florida is Heavy Amongst the LGBTQ Community

It’s no secret that the state of Florida has always had a serious issue with drugs especially meth addiction in the LGBTQ community. Methamphetamine, or more commonly known as ‘meth’, has increasingly become an ongoing problem within the rural and urban counties across the state, whether it’s an increase in meth production or overdose cases.

Methamphetamine is an addictive stimulant and the most popular drug for gay and transgender people. This is due to its ability to increase levels of dopamine, serotonin and norepinephrine aka – the chemicals in our brains that make us feel happy. However, when taken for a long time, it can lead to some serious physical and mental health issues.

As an LGBT rehab in Florida, we’ve seen first-hand how meth addiction has affected our gay and transgender community. We’ll go through the issue’s methamphetamine has created in the state of Florida and within our own community.

In a study by the National Survey on Drug Use and Health, approximately 1.6 million people in America have reported using methamphetamine in the year 2017. While methamphetamine has become widely accessible across the United States, Florida is one of the five states with the highest number of meth overdoses. High numbers of meth use are found in rural counties. Over the years has become more widely available in suburban and metropolitan areas as well.

METH ADDICTION IN THE LGBTQ+ COMMUNITY

Within the LGBTQ community, meth has grown to be a common substance to use in both social and private settings. Meth use within the LGBTQ community is often used by gay, bisexual cisgender men and trans women. The stimulant is often first used as a party drug to help increase a user’s experience and intensify their mood. Meth is also one of the most commonly used drugs for chemsex, a sexual act that involves mixing sexual practices with a substance. Because of its euphoric properties, members of the LGBTQ community are likely to become dependent on the drug as a way to self-medicate. They feel meth reduces their symptoms of depression and other mental health issues linked to societal trauma from growing as a sexual and gender minority.

Treating an addiction to Meth can be challenging, especially if the user is unwilling to seek treatment. The best way to approach treating meth addiction is to seek professional help. When a LGBT person develops an addiction to meth, specialized treatment is needed. This is to help address their unique set of trauma, caused by the oppression and discrimination within a comp het/cis society.

At Inspire Recovery, our LGBT affirming staff are educated to understand the gay and transgender experience with addiction. We help accommodate your needs as you go through recovery. Our programs allow you to freely express your gender identity and sexual orientation in a safe and validating space.

For more information on treating meth addiction in Florida, you can contact one of our queer and trans-friendly staff members for a free consultation.

If you (or a loved one) are currently struggling with an addiction, contact one of our friendly staff for a free consultation. Call 561-899-6088.

Meth Addiction Recovery for the LGBTQ community
Scroll to top