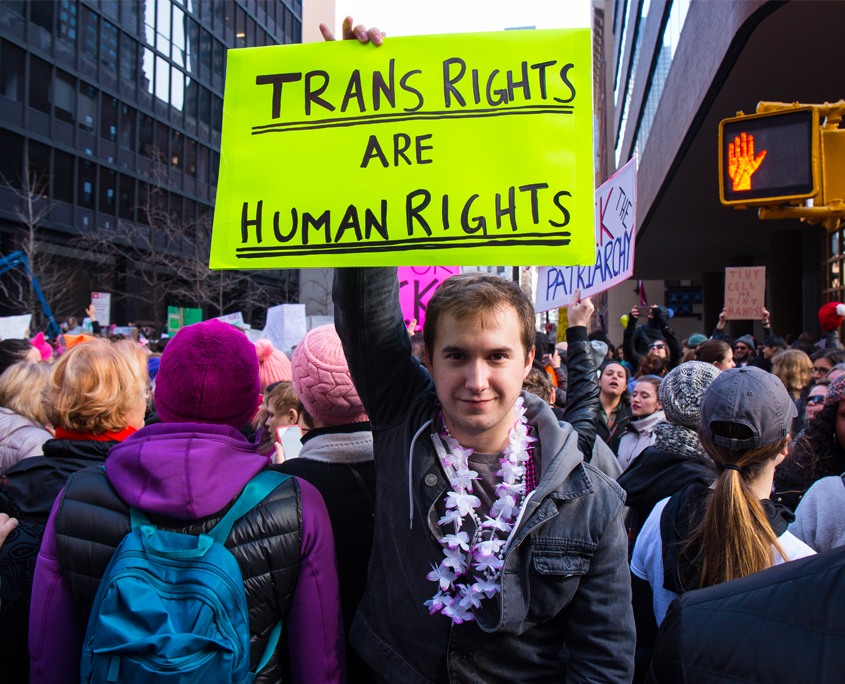 Are you or a loved one currently struggling with a substance use disorder? Get a free consultation.

Current Media Representations of LGBTQ+ Folks with Substance Use Disorders

On March 26, 2021, five transgender activists spoke as panelists for the “Beyond Visibility” event, hosted on Zoom by FOLX Health, Trans Guy Supply, and the queer-exclusive dating app HER. Dr. Kameryn Lee, Bamby Salcedo, Marquise Vilson, Rej Joo, and Chris Mosier shared their thoughts on trans visibility and how we might move beyond simply being seen–while also protecting the LGBTQ+ folks who are made more vulnerable to transphobic harm because of their increased presence in the public eye. This year, for example, has already seen at least 31 murders of transgender or gender non-conforming people.

Many of the panelists agreed that there must be an increased presence of queer characters and experiences, but that visibility is simply the first step; it must also account for who is doing the viewing. Dr. Lee said that transgender visibility “not only means being seen, but it also means how well you can see,” especially when external obstacles like fog and darkness blur your vision. Some people, Dr. Lee suggested, might have to “open their eyes so they can see a little better.” So while we might be seeing a steady increase in LGBTQ+ visibility, this mostly quantitative measurement fails to address the complicated ways in which queer folks exist on our screens– especially when it comes to representations of LGBTQ+ folks with substance use disorders (SUDs). And it also fails to place any blame or responsibility on the viewer and their perceptions of and reactions to this visibility– a term of passivity that overlooks the active harm perpetrated by consumers.

The most popular substances to be painted as laugh-worthy plot points in comedy television are alcohol, marijuana, and opium. Crime and action shows, on the other hand, featured more mentions of heroin, meth, and cocaine– potentially, the authors propose, because of the highly addictive and potentially life-threatening nature of “hard” drugs being less tasteful to the comedy palate. And with Bones, CSI, ER, and both Law & Order in the top 10 shows that mention drug use, it appears that more than half of the substance use seen on television screens is associated with crime, death, injuries, and other similarly negative consequences (Fractl, 2020).

Representations of LGBTQ+ characters on scripted primetime cable series have been steadily decreasing– and 2021 is no exception. Only gay and bi men were represented at a (very slightly) higher percentage than the previous year’s study– lesbians, bisexual women, and transgender folks were all represented in lower percentages. For LGBTQ+ folks who hold multiple marginalized identities– like those with substance use disorders (SUDs)–representations (both positive and negative) of their own experiences are even harder to come by in the media. Because while these various content analyses and studies have measured a fairly significant number of LGBTQ+ and SUD media representations, they are largely independent of each other– it’s still rare to see representations of intersectionality in the media, especially when it comes to queer folks with addiction disorders.

One of those instances of dual representations can be found in the L.A. based television show Eastsiders, which ran from 2012 to 2019 and centered on a gay couple’s struggle with infidelity and substance use disorder. BoJack Horseman did feature both LGBTQ+ representation and topics of substance use, but they didn’t co-exist within the same character.

These rare instances of intersectional representation point to a continued need for positive, accurate, and affirming characters and plot lines that center on LGBTQ+ folks with substance use disorders.

While fictional, screen-bound characters might not seem important to the safety and security of LGBTQ+ folks with SUD, it’s been proven time and time again that in all aspects of representation (whether on screen or in real life) this community faces especially complicated vulnerabilities. So our approach to supporting LGBTQ+ folks with substance use disorders must also be multifaceted; meeting them where they’re at, without judgment, and with the understanding that emergency housing, medical care, and other tangible needs are only a few elements of safety and security. Representation matters, too– and not just for the sake of visibility.

If you (or a loved one) is LGBTQ and are struggling with a substance use disorder, contact one of our friendly staff for a free consultation. Call 561-899-6088.

Our support hotline is available 24 hours a day at 561-899-6088
Discrimination, Mental Health, and Addiction