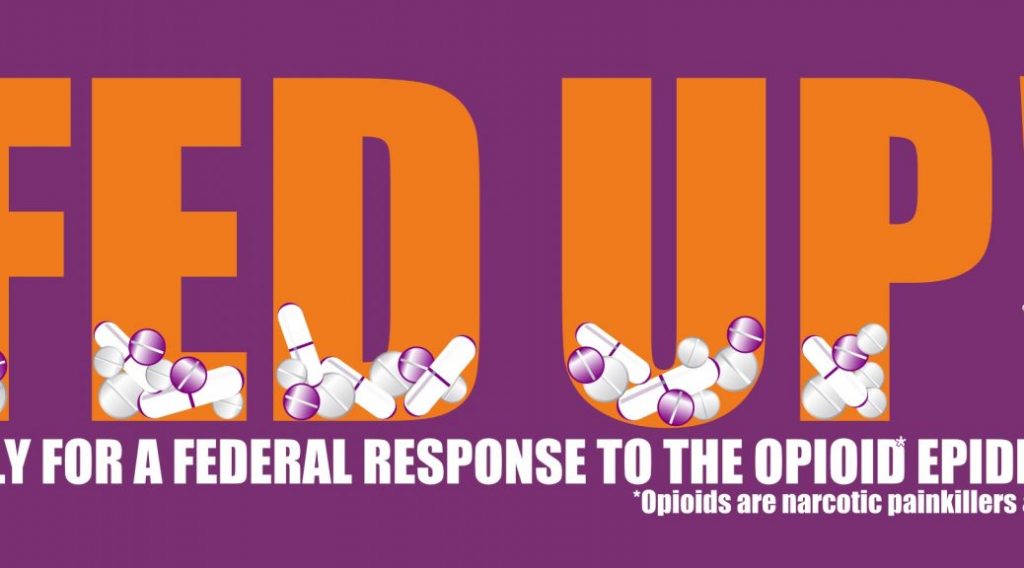 On August 31st members of the Inspire Recovery staff and a few of our clients joined about 130 people gathered with hand-made banners to honor lives lost to the epidemic of prescription overdose at the fed up rally responding to opioid addiction. Currently, an estimated 129 people die every day from overdose. International Overdose Awareness Day occurs on August 31st to increase public awareness about the number of lives lost annually to overdose, especially opioids. Across the country more FED UP! “Goes Local” Rallies have been organized this year, in conjunction with the fourth annual FED UP! Rally in Washington.

FED UP! is a grassroots coalition that is “seeking action from the federal government to bring this public health crisis to an end.” The coalition is a spectrum of families directly affected by opioids and overdose deaths of loved ones, as well as medical experts and advocates. The FED UP! Coalition formed in 2012 and in 2013 they held their first rally on Capitol Hill in Washington DC to address concerns over an aspect of the Controlled Substance Act that misclassified drugs containing hydrocodone as Schedule III drug, instead of Schedule II with drugs such as morphine and opium.

On September 18th, The Associated Press reported that: “The makers of prescription painkillers have adopted a 50-state strategy that includes hundreds of lobbyists and millions in campaign contributions to help kill or weaken measures aimed at stemming the tide of prescription opioids, the drugs at the heart of a crisis that has cost 165,000 Americans their lives and pushed countless more to crippling addiction.” This is an incredible article, documenting one mother’s fight to prevent the loss of more youth, like her son, whose heroin addiction and eventual overdose clearly began with a hospital prescription to Percocet for a broken collar bone. 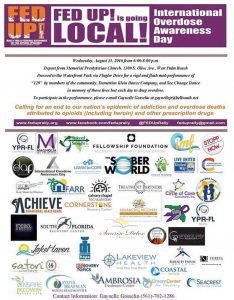 On September 18 & 19 FED UP! was busy in Washington: The 2016 FED UP! Rally and March to Capitol Hill and a Hill Day educational briefing. The coalition met with their nationwide supporters to “discuss needed next steps in policy and legislation to handle the nation’s opioid addiction and overdose death epidemic.” The program was scheduled to address the failings in the Comprehensive Addiction and Recovery Act / CARA act, as well as the need for financial support to continue focus on outreach and education. “We need to ensure our voices are heard and that Congress provides adequate, mandatory funding this year!”

The epidemic of overdose in America can clearly be traced back to it’s roots - the pharmaceutical companies, hospitals and doctors who have quadrupled their prescriptions to drugs, such as OxyContin, Vicodin and fentanyl, in recent years to patients in need of pain relief. Unfortunately, these pain pills are so strong that that they unintentionally lead to addiction, crippling addiction or worse, overdose. To put it simply, these pain killers are killing people and this issue is not being properly addressed. To save lives we need to continue to do outreach and education, raise public awareness and press our politicians to stand up against the pharmaceutical industry. This is the only path to prevention. Without more regulation on these incredibly addictive and deadly pain killers we will continue to lose our loved ones at an alarming rate.

As reported earlier this year by The New England Journal of Medicine: “In 2014, a total of 10.3 million persons reported using prescription opioids non-medically (i.e., using medications that were not prescribed for them or were taken only for the experience or feeling that they caused). Emergency department visits involving misuse or abuse of prescription opioids increased 153% between 2004 and 2011, and admissions to substance-abuse treatment programs linked to prescription opioids more than quadrupled between 2002 and 2012. Most troubling, between 2000 and 2014 the rates of death from prescription-opined opioid overdose nearly quadrupled (from 1.5 to 5.9 deaths per 100,000 persons).”

At Inspire Recovery we take pain prescriptions very seriously. We are dedicated to supporting individuals to find relief from an opioid addiction and the root causes for their addiction. With an emphasis on holistic health, the Inspire Recovery curriculum includes a Nutrition group, Tai Chi, Yoga and meditation. All of these activities increase client awareness of the kinds of practices that can be utilized to minimize pain without prescription drugs.

To support the work of the FED UP!, sign the coalition’s petition to Congress to require new mandatory funding in the Comprehensive Addiction and Recovery Act (CARA).

The FED UP! Coalition is working to find ways to:
Prevent our children, friends, and loved ones from becoming addicted to opioids
Ensure that people suffering from opioid addiction have access to affordable, evidence-based treatment
Support and enable recovery
Eliminate opioid overdose deaths

Without a doubt, it is the hard work and determination of advocacy groups like FED UP! that we begin to see change take shape in our legislation.