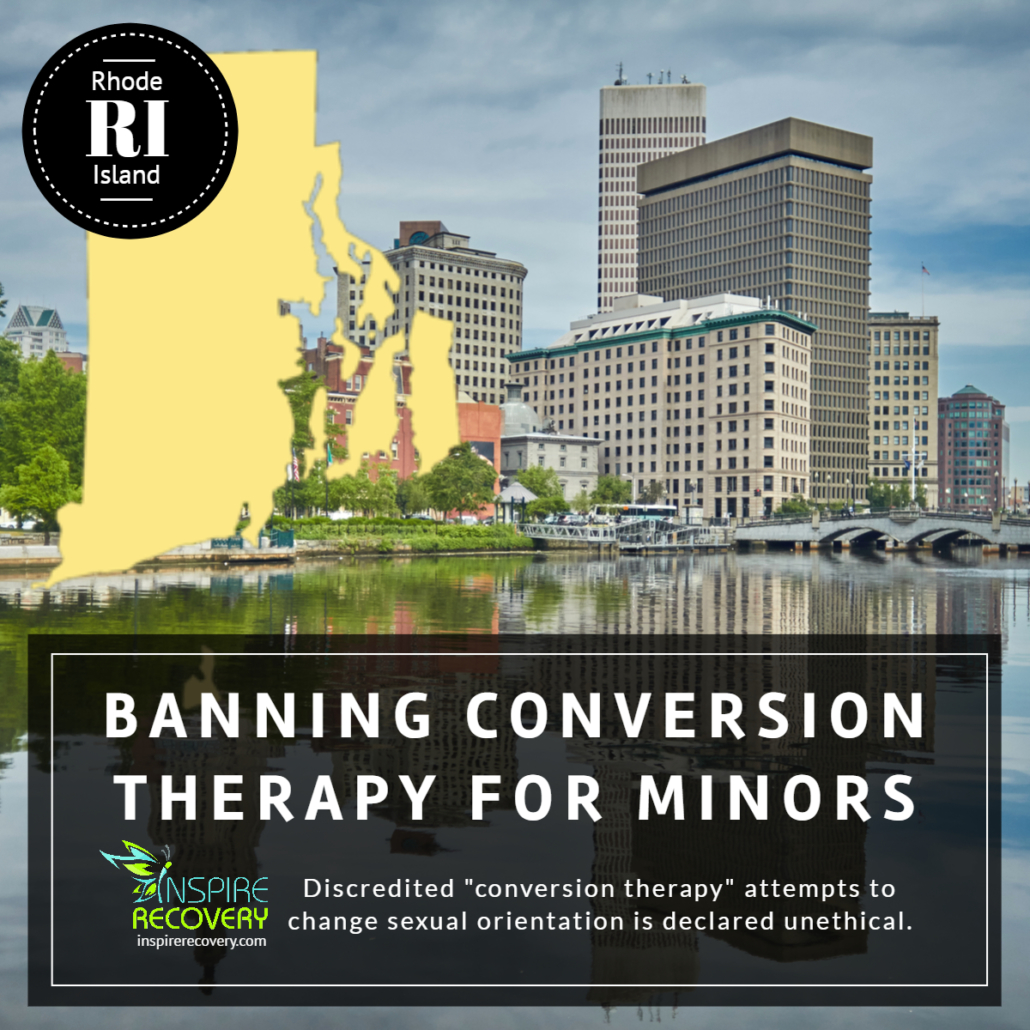 Are you or is someone you know struggling with addiction?

This past Tuesday, The House of Representatives in Rhode Island voted in a landslide 69-0 decision to approve a bill to enact a ban on licensed health care professionals from practicing any form of what is referred to as “conversion therapy,” on persons under the age of eighteen. Now in the Senate, the bill, (banning conversion therapy for minors,) if made law, will prohibit, psychologists, social workers and the like from engaging in the practice. Disciplinary action would include, but not be limited to the revocation of licenses by the Rhode Island state health department.

The so-called, “conversion therapy,” is the term most commonly used in reference to an unscientific and discredited type of counseling that is practiced in homophobic circles in an attempt to change someone’s sexual orientation from homosexual or bisexual to heterosexual, or to change someone’s gender identity or gender expression. It is also sometimes referred to as “reparative therapy.” The vast majority of medical organizations officially consider conversion therapy or reparative therapy to be very harmful to the individuals it is practiced upon and entirely unethical. Conversion therapy operates on the false assumption that homosexuality, bisexuality and being transgender are mental disorders.

Individual testimony from survivors of conversion therapy expose disturbingly torturous techniques like electro-shock therapy, the administering of nausea-inducing drugs coupled with same-sex erotic imagery, in an attempt to create mental aversion, and even emotional harassment and physical abuse. All too frequently, these narratives involve the parents of a minor forcing them into conversion therapy, or minors being coerced by religious figures in their communities. This is why laws have been passed in order to protect LGBTQ youth from the harmful consequences of conversion therapy elsewhere in the nation. California, Connecticut, Illinois, New Jersey, Oregon, Vermont, New Mexico, Nevada and Washington DC have all already passed legislation making it unlawful for any licensed mental health providers to advertise or offer conversion therapy to persons under the age of eighteen.

In reality, homelessness, drug abuse and suicide are all potential outcomes of the pain and confusion that can result from conversion therapy. Over fifteen years ago, the United States Surgeon General at the time, David Satcher, remarked, “there is no valid scientific evidence that sexual orientation can be changed.” Conversion therapists employ all kinds of methods that are ultimately ineffective. What is achieved in most cases is an increase in shame people feel towards themselves due to LGBTQ discrimination and prejudice in our society.

It is a sad statistic that the rate of suicide among LGBTQ youth is four times greater than the general population. The connection between suicide and conversion therapy is only supported by anecdotal evidence, but logical conclusions can be drawn here.

Representative Edith H. Ajello, introduced the Rhode Island bill (H-5277) in consideration that the LGBTQ community in the U.S. has become more vulnerable under the Trump Administration. Vice President, Mike Pence, openly supports conversion therapy practices. Representative Ajello has firmly agreed in the illegitimacy of conversion therapy and has proposed her stance that, “putting someone, especially a young person, through conversion therapy can lead to a host of serious problems including depression, substance abuse, isolation and suicide.”

It’s not surprising that support for conversion therapy tends to come from religious institutions, typically Christian fundamentalist, since the scientific community denounced it decades ago. An allegedly secular advocate of conversion therapy is known as the National Association for Research and Therapy of Homosexuality(NARTH), although, this organization often partners with religious groups. Banning Conversion Therapy for Minors is so important to stop creating more Trauma.

The bill for the Rhode Island law would not affect religious counselors from practicing forms of conversion therapy nor would it impact any adult who would willingly choose to enter into such a program. While the bill, and laws like it in other states, are victories for the LGBTQ community in protecting minors from involuntary and inhumane conversion treatment, the very fact that this barbaric practice still exists in the U.S. indicates a larger systemic ailment and illness in the morality and value systems of some demographics in our country.

Self Harm
Scroll to top