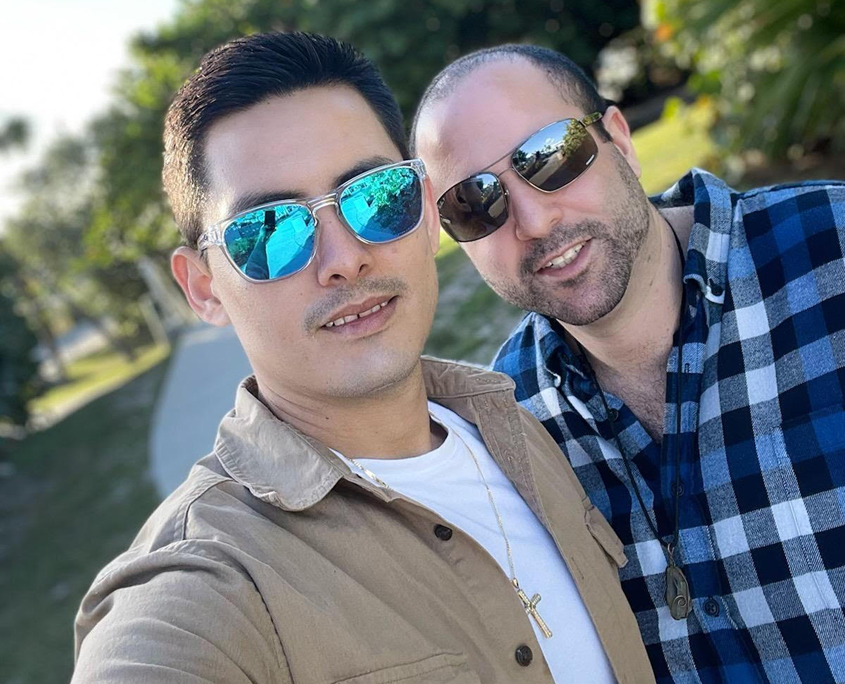 MY WHOLE LIFE, I STRUGGLED WITH MY SEXUAL ORIENTATION

My whole life, I struggled with my sexual orientation. I never felt accepted by my family, friends, or community. Having these feelings of indifference led me down the path of destruction. I also had mental health issues and feelings of being “not a part of” or inadequacy. To cope with these feelings and my mental health, I turned to substances to remove the immediate pain. They worked for a few years, but eventually, I developed a dependency on these substances that, in the beginning, got me through my day. Now I needed these substances to start my day and to feel normal. My life was unmanageable with many involuntary commitments to mental hospitals and trying to get Clean and Sober in my home. But things weren’t as bad as they would soon become. Unfortunately, due to my use, I put myself in sketchy situations. In particular, I was raped at gunpoint by someone I met on Grindr. When I reported this to the police, I got the stigmatized response, “I’m a man, so how could I be raped?” I was devastated. When I went to my family and friends about what happened, they thought I was being dramatic and seeking attention like I have done so many times. The boy who cried wolf story I was always taught as a kid came into full effect in my life.

After having no one to turn my friend or someone, I used narcotics with referred me to their friend. I could relate to him because he had also recently been raped, and we have a lot in common. In comes my next trauma experience. This person shall remain nameless, but for this post, let’s Call him Jim. At first, Jim was my saving grace, peace, and sanity. Unfortunately, that quickly turned to fear and chaos. Jim and I were in a toxic relationship and would use narcotics together. So one night, Jim and I got into an argument over my appearance, which ended with him trying to strangle me.

At that moment, I panicked and fought back. Jim is much bigger than me and really hurt me physically. At this point, I was really banged up and reported it to the police again. Again they were not helpful. I told them that we had been using drugs before our altercation, and they told me, “you guys were getting high and just got into a fight; there’s nothing we can do for you.” I was yet again alone and frightened. I tried breaking up with Jim, but he would not leave. Feeling desperate and without a solution, I intentionally overdosed to end my life. By some divine intervention, I didn’t die. Still, I selflessly drove while intoxicated on this overdose and totaled my car. I guess I explained to the police that I was trying to commit suicide, and they sent me to the hospital. From there, I went to detox. I thought I was saved and could move forward in my life, but I was wrong.

While in detox, my drug use was so bad that I developed terrible lung pneumonia and had to go to the hospital. While in the hospital, my mother disclosed to Jim that I was there and sick. Jim came to visit. This was the first time I dared to stand up for myself and tell Jim I wouldn’t ever want to see him again. He responded, “If I can’t be with you, no one can.” My response was,” I’m going to sleep now; if u want to sit there, you can, but when I wake up, please don’t be here.” I went to sleep. I was abruptly woken up by the nurses and doctors yelling, “Where did you get the drugs!” I was bewildered. What had just happened was Jim was serious about his comment before, and he intentionally overdosed me. This, compounded with my rape and domestic abuse situations, made me a nervous, scared, and panicky little boy.

I soon recovered from pneumonia and went back to finish my detox, but I was out of my mind. The detox then sent me to a PHP level of care facility after just one day there, deemed I needed a higher level of care. Fortunately, I knew a guy named Al who worked for Inspire Recovery because I had been there about a year ago. So I asked if I could return to Inspire, and Al made it happen. When I got to Inspire, I was a disaster walking. I did things to get people to like me, and I was scared of everyone. I would have panic attacks all the time and sleep with knives under my pillow just in case. Thank god for my therapist Jaki. She would come at 3 in the morning and calm me down, take the knives from under my pillow and bring me back to some level of sanity. It was a lot of work, but Jaki laid the foundations for me to start recovering from my trauma and my substance abuse. I can honestly say if it wasn’t for her and Al at that time advocating for me and not giving up on me, who knows where I would be today.

This brings me to my next point of where I am today. Today I have been almost 2 years clean and sober. I am in graduate school at FAU for my Master’s in Social Work to become a therapist in substance abuse and mental health. I have recently gotten married to a fantastic man. My relationship with my family is better than it has ever been. I have 2 loving dogs and a fantastic cat. I have done much work on my trauma and have peace of mind today. I work at a place that helps people like me, and I get to give back to people in the same position I was in and offer them hope. Hope, something I never had is now something I give away freely. Inspire has changed my life forever for good, and I couldn’t be more thankful. I hope my story reaches someone who can relate or anyone in general. Even if someone seems like a lost cause, they aren’t. They need help from caring people to bring them back from the precipice of demise, and who knows the possibilities for them. I’m happy to say I have seen Hell and am back and ready to experience the heaven I live in every day.